Normally, a person like me would sit in a monastery and people take care of him who know exactly what such a meditation is all about. I call this a normal case because it is normal for you. But I am not baptized and my meditation cannot be called ordinary. That is why I did not perform this continuous, uninterrupted deep trans meditation in Tibet, but in Budapest, in the middle of a European city.

As a child, I was socialized in a middle class family on the Rose Hill (Rózsadomb) and I can say I had a wonderful childhood. My father was a doctor of science of the Hungarian Academy of Sciences, and I would probably have followed a similar course if there hadn't been anything I had left the ELTE law faculty there. This something was esoteric whose call sign was even disarmed by the police where I was working at that time. Into total uncertainty. In a world where everyone only sets career expectations and looks stupid to anyone who turns to their inner world. 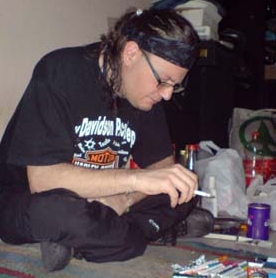 It happened to me when I fell into it. I knew nothing about it, only everything fatefully happened. I didn't know what I was going to do, I didn't know how long it would take and I didn't know what I'd be going to make. I just believed in myself and trusted in a higher power as I read in esoteric books. So I would do a lot of things afterwards, but that's the climber who just got to the top. I am currently living in a period of return that is just as difficult from a social point of view as I started. It is even more difficult if you ask the climber, he would say the same thing that it is easier to go up than to come back.

A couple of years ago, with two levels up of consciousness, I was looking for an esoteric expert in Hungary to reduce the pressure on my material income, and I got to answer that I have to solve this myself. By that time I got used to being alone with everything, but it was then at the level of consciousness that an autistic would have been said to be "dude, go to work". The so-called heavenly helpers rejected the money from the fund, so I could not count on them, they prevented all such attempts, and in which they helped me to get even more dependent. I ended this with a familiar feeling, again into the unknown. But now I have a unique set of knowledge and skills that do not match, because no one has ever done this before me.

On this website, I have gathered areas where I have the opportunity to interact with others within the framework of shorter or longer cooperation. Of course, I also thought I could do without a personal encounter, but I also found that people find it difficult to understand the new, especially in such a difficult area as spirituality. Since I am not religious and have no positive experiences with esoteric masters, I have created an independent platform, i.e., my own framework under which I develop. Until now, the selfless tasks of restoring the world have filled my everyday life, but it is time to think about myself now. That's why I quickly made this website to find out where to go. 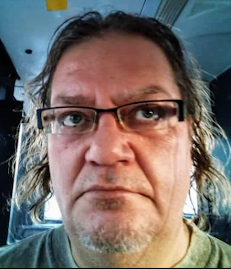 Who I am | Ki vagyok